A political history of the so-called War on Drugs, from the 1968 presidential campaign of Richard Nixon, through mid-Clinton.

“There is no better briefing on this evil burlesque than Dan Baum’s richly anecdotal, statistics-saturated and more than occasionally sarcastic aria of indignant muckraking. It’s as if Lincoln Steffens and Jonathan Swift had teamed up for a miniseries. . . ” — The Nation 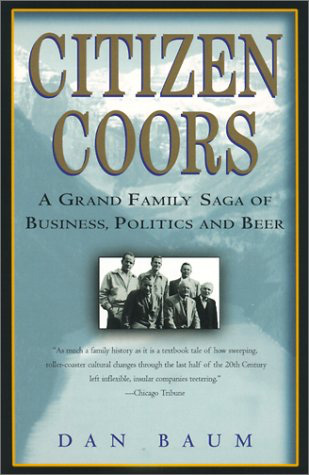 A biography of the Coors brewing family,  their self-inflicted business wounds, and their role in late-twentieth-century American politics. One of The Washington Post’s 10 best books of 2000.

The intertwined true stories of nine real New Orleanians from 1965 through the aftermath of Hurricane Katrina in 2005.

An exploration of why firearms are so important to 100 million Americans, “wholly lacking in tendentiousness,” says Bloomberg News.